Remanufactured turbine arrives back at Burton Mill. All parts are original except the vane pivot pins, main shaft and thrust bearing. 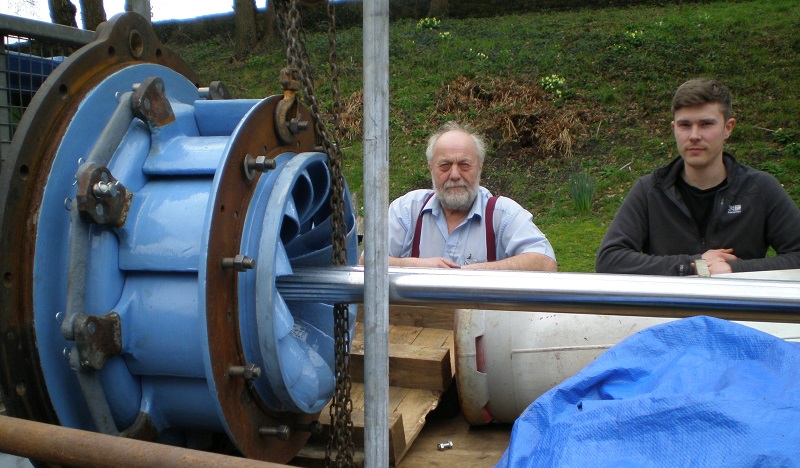 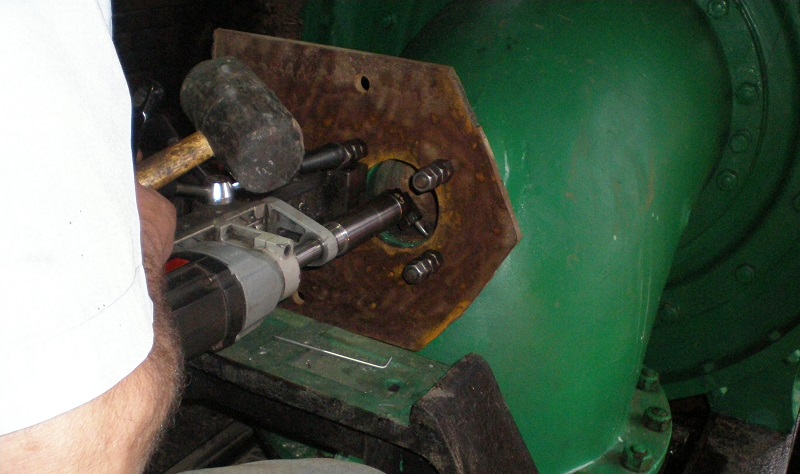 Runner (impellor) and control vane assembly ready for lifting to the turbine housing. The vanes and runner have been coated in Belzona to give added durability and corrosion resistance. 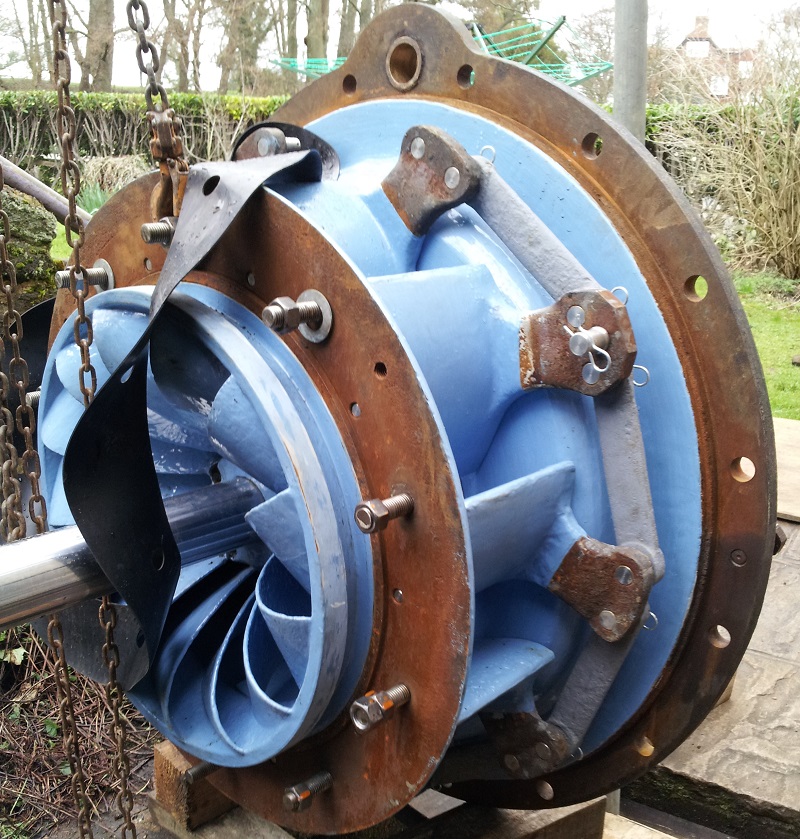 Lifting frame for the ~1T assembly 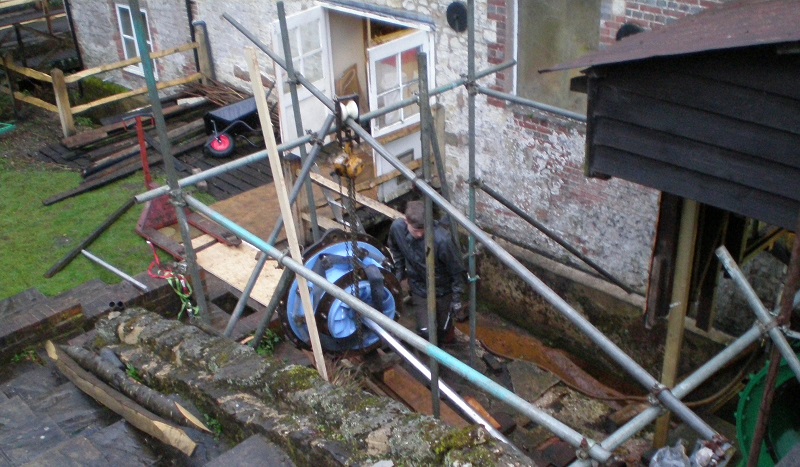 Connecting the control vanes and rear flange bolts. The extended shaft is for a possible future gearbox and induction generator which would be much quieter, more efficient and more controllable than the existing 1990s alternator. 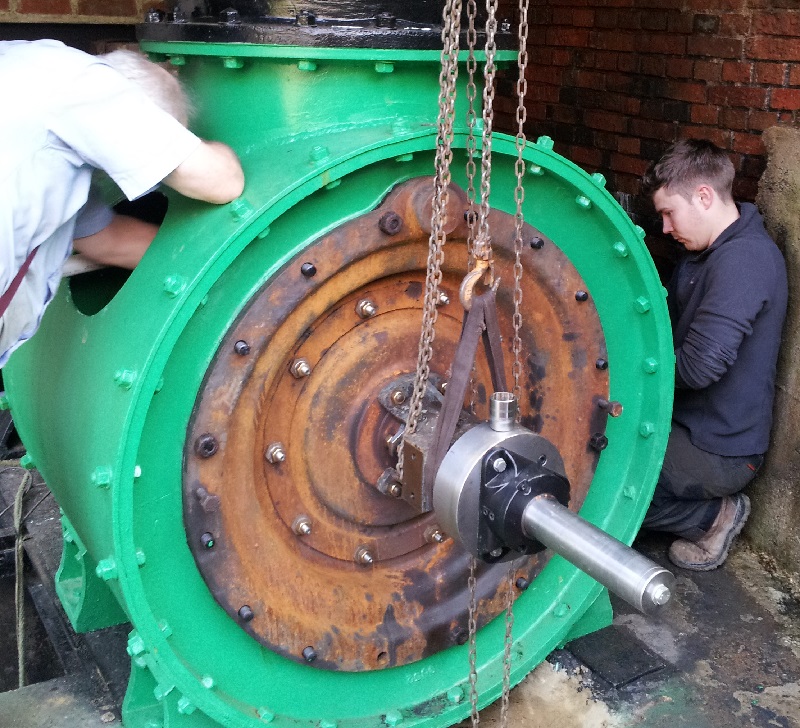 The turbine is running at half its recommended speed of 400rpm, to reduce water consumption but this will also reduce efficiency. A lot more work (and investment) is required on the electrical side. The turbine however, is better than new! Chris at the controls 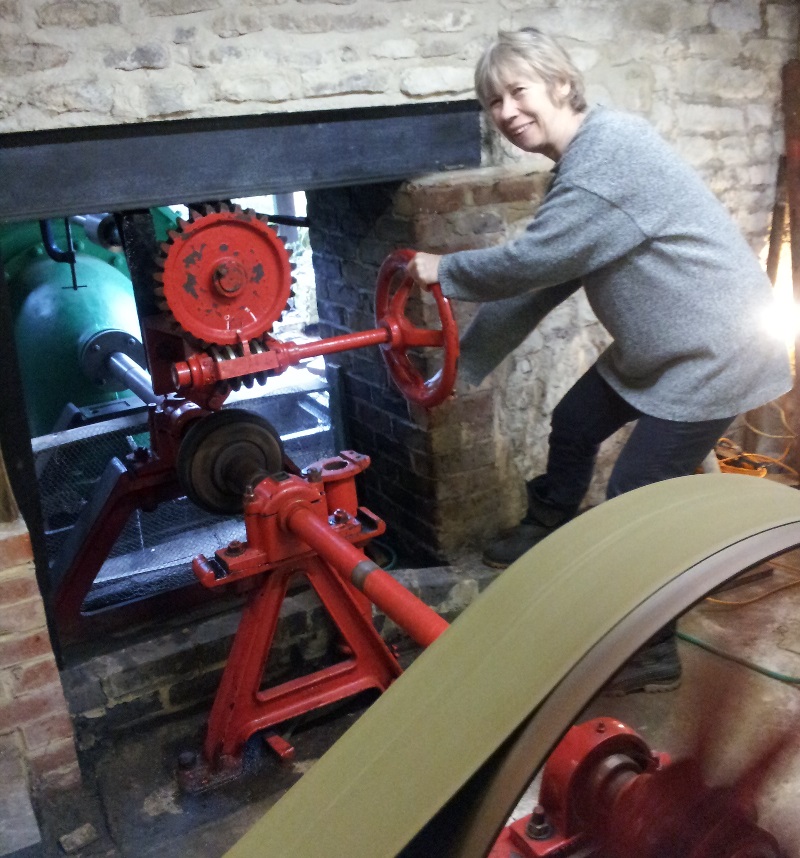 As the Belzona coating was worn back around the runner the water alone would turn the shaft. As it picked up speed the alternator was showing volts (due to residual magnetism from its last run about 15 years ago), but no current. The following day the AVR in the alternator was found to be dead. Fortunately, Ted had a spare alternator on his truck so the AVR was replaced. With a load applied the Kevlar drive belt began slipping and burning so it was some time before we had stable power. The peak power achieved that day was over 10kW at about 65Hz. It soon settled down and then ran continuously for 6 hours generating 50kWH of energy. I will now work on achieving stable power generation at closer to 50Hz. 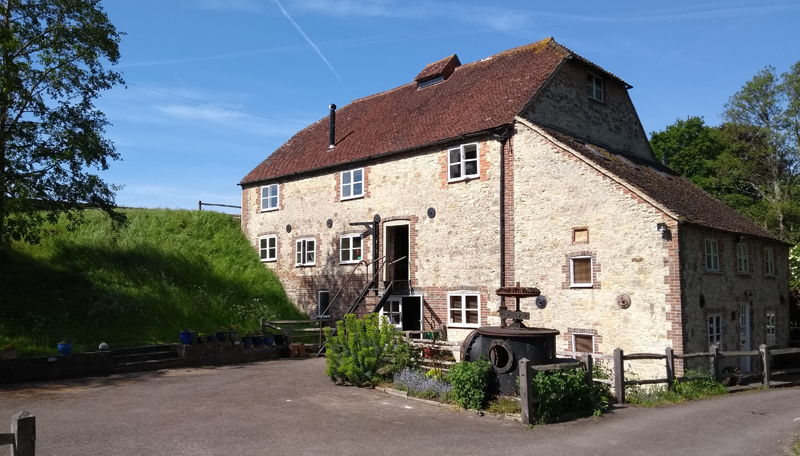 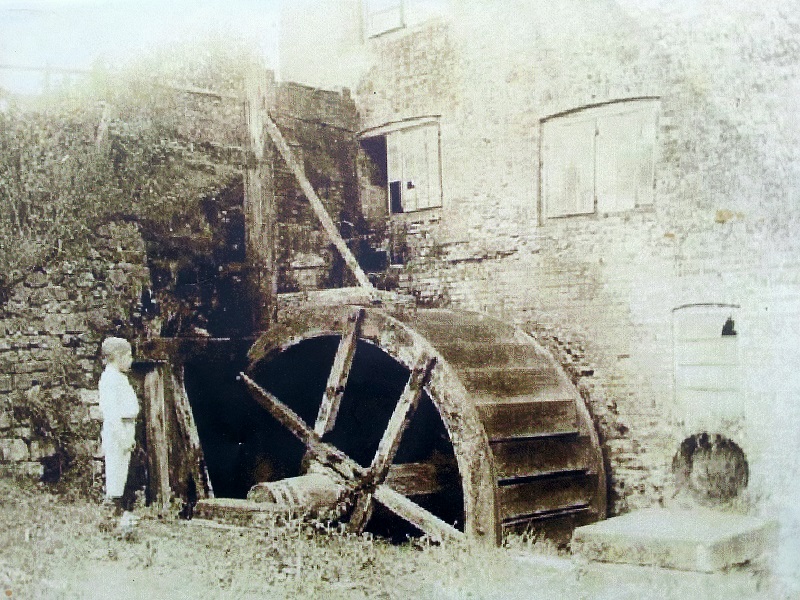